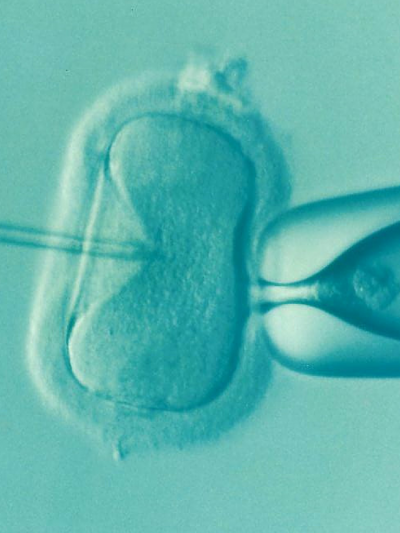 At the end of January 2020, the French bill for in-vitro fertilization for single women and lesbians passed the Senate's first reading. The bill was passed with 160 votes in favour and 116 against. It aims to ensure that French women will have the ability to raise their biological children and thus preserve their genetic information.

France has one of the strictest laws on approach to fertility treatment in Europe. The access to equal rights related to the assisted reproduction for lesbians and single women was a campaign promise of Emmanuel Macron ahead of the presidential elections in 2017. The bill is a part of a new comprehensive bioethics law, and it is also one of Macron’s first major social reforms during his presidency.

Through this bill, France has become further involved in the debate on homosexual rights and the commercialization of the health sector. Even MPs from Macron’s political party, La République en Marche, are divided on this issue, as the party is composed of both progressives and Christian socialists. The majority of the Socialist Party deputies are in favour of the law. For example, Socialist Party Senator, David Assouline, stated: “What is recognized to heterosexual couples must be recognized for homosexual couples.” On the contrary, there was an opinion among politicians from the Republican Party calling for a general referendum.

According to the law currently in force, in-vitro fertilization is only available for heterosexual couples, who have been married or in partnerships for at least two years, for reasons of curing infertility or preventing transmission of disease to the child or one of the parents. In September 2019, the National Assembly approved, after the first reading, a controversial bill allowing in-vitro fertilization (IVF) for lesbian couples and single women.

What are the details of the bill?

The legal position of a woman in a lesbian couple who does not expect a child was an important issue in the legislative process. According to the bill, lesbian couples will have to recognize the expected child as their own with a notary before its birth. As a result, a woman who did not carry the child would be legally considered as the second parent with equal status as a biological mother.

Under the current rules, donors of gametes could decide whether they would consent to the potential disclosure of non-identifying data, such as age, physical predisposition or education, as well as data about their identity; if they did not consent their non-identifying data and identity were kept confidential. The new bill, however, limits the anonymity of donors, requiring them to give their irrevocable consent of the disclosure of non-identifying data to children born as a result of a donation after reaching 18 years of age. This mechanism is meant to strike a balance between the right to know the person’s origins and the right to private life.

A big problem of the bill that triggered widespread discussion is whether there is going to be imposed a charge to lesbian couples and single mothers for the assisted reproduction. According to Senator Muriel Jourda, of the Republican Party, free care should be guaranteed only for heterosexual infertile couples or those couples that can pass on a serious hereditary illness. On the other hand, the French Minister for Health, Agnès Buzyn, expressed her view that the assisted reproduction should be fully covered by social security, regardless of its circumstances. Despite her support, the bill was eventually adopted in the Senate chamber in the form that will cover IVF only for medical reasons.

The storage and cultivation of embryos and gametes were also subject to amendments in the Senate Committee. The embryo storage period itself was extended to ten years from the original five years. The Committee also extended the embryo cultivation period from the current seven days to twenty-one days.

Several left-wing senators approved an amendment in the Senate Committee that would allow private companies to store embryos, which had been the exclusive section of public institutions. As public institutions currently experience long delays in the preservation of female gametes, the reform should help meet more requests. Moreover, the legalization of the IVF for single mothers and lesbian couples will overburden the current system even more. The involvement of private institutions is also expected to end or at least decrease the deregistration of women from waiting lists who are over 40 years old and reduce the number of patients resorting to private institutions abroad.

The concept of “Saviour babies” was also a very significant point that moved the debate in both the National Assembly and the Senate. The term “Saviour babies” refers to children that parents have, who, based on the selection of embryos, will not have the genetic disease that an already born child has. These children are only born to be used to save their other, already born, diseased child. Their immune systems must be compatible with each other as their umbilical cord blood stem cells are used for treatment.

The first French “saviour child” was a boy born in February 2011. He was born to save one of his two older siblings, who both had a serious genetic blood disease. A total of twelve embryos had to be used for his genetic selection and turned out to be compatible with his two-year-old sister. The boy was named Umut Talha, which in Turkish means, “our hope”.

Critique of the bill

Historically, France is strongly influenced by two opposing directions: Catholicism and the Enlightenment. There is a turbulent social debate on the new bioethical law with one side being represented by traditional universalism and a powerful Catholic church in the country, and, on the other side, an innovative approach, including the protection of individuals’ rights.

Although opinion polls show that the majority of the French population supports the bioethical reform, the bill has been met with public protests, as has the same-sex marriage law legalized in 2013. More than 40,000 people filled the streets of Paris to peacefully protest against the proposed legislation in January 2020. Similar protests against the law were held in October of last year following the approval of the first reading of the bill in the National Assembly.

There is also a significant critique that the law can pave the way for the legalization of surrogacy, which has been prohibited in France since 1994 (Art. 16-7 of the Civil Code). Surrogacy refers to when a fertilized egg is implanted in a surrogate mother who will carry the baby. There are two main reasons for surrogacy, commercial or altruistic. The surrogate mother can also conceive the child by using her biological egg. In recent years, the use of surrogate mother services has become a global trend, especially among the LGBT+ couples.

A total of 18 of the 28 countries in the European Union already have access to medically assisted reproduction for single women and lesbian couples. Based on Senate approval, France is one step closer to providing IVF for all women regardless of sexual orientation or marital status.

However, the bill must be adopted in the same wording by both chambers of the Parliament. Since the Senate version differs from the one adopted by the members of the National Assembly last year, the bill must be returned to the lower chamber for a second reading. Thus, the journey is still far from being completed and French women have not won until President Macron signs the bill.

Donadio, Rachel. Why IVF Has Divided France, The Atlantic, 6 October 2019, available at: https://www.theatlantic.com/international/archive/2019/10/france-ivf-about-national-identity/599494/.