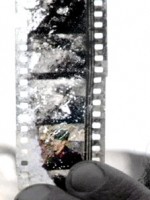 A screening of an award winning documentary Kabul Transit will be held in room P31 at the Faculty of Social Science (Joštova 10, Brno) on Monday, 15 April 2013, from 16:00. A discussion with its director professor David Edwards will follow.

If you want to find out more about the documentary, visit this site.

David Edwards has been conducting research on and writing about Afghanistan since 1982. A graduate of Princeton University and the University of Michigan, he is the author of two books on Afghanistan (Before Taliban: Genealogies of the Afghan Jihad, University of California Press, 2002 and Heroes of the Age: Moral Fault Lines on the Afghan Frontier, University of California Press, 1996), along with numerous articles on Afghan history, religion and culture. Edwards is also the co-director and producer of the film, Kabul Transit (Bullfrog Films, 2006), which has been an official selection at the Los Angeles Film Festival; the International Documentary Festival in Amsterdam; and the Independents Nights series at Lincoln Center in New York City. Since 2001, Edwards has been the director of the Williams Afghan Media Project, an archive that includes more than 6,000 photographs and 400 hours of video and spans over one hundred years of Afghan history. Edwards has received two research fellowships from the National Endowment for the Humanities, as well as Mellon, Fulbright and National Science Foundation research grants. In 2002, he was named a Carnegie Scholar of Vision by the Carnegie Corporation of New York. He is currently writing on a book dealing with the evolution of martyrdom in the political transformation of Afghanistan since 1978.