We are delivering the winter issue of the online journal V4 Human Rights Review, which provides information on the developments in the areas of human rights and democracy in the Czech Republic, Hungary, Poland and Slovakia. 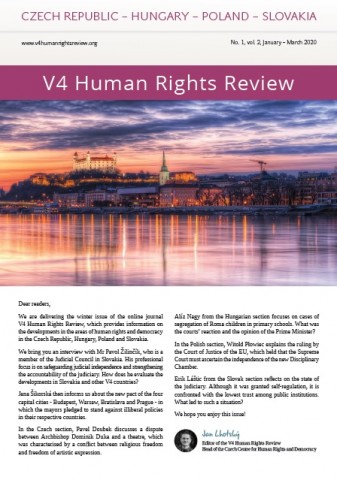