Vaccinations in the U.S. – A National Security, Public Health and Human Rights Issue 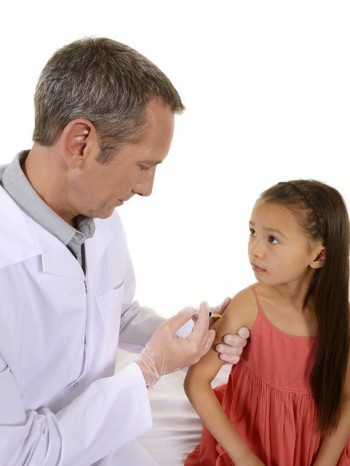 The debate over vaccinations dates back to 1998 to a study conducted by a later discredited Dr. Andrew Wakefield suggesting that vaccinations led to a rise in autism among vaccinated children. Since then, the debate has taken a foothold, with numerous people speaking against state and medically recommended vaccines, ultimately resulting in a national security, public health and human rights issue.

Although there is no federal law in the U.S. requiring vaccines, all 50 states require various vaccines for children to attend any public school, with certain exemptions for medical, religious or philosophical reasons. Additionally, the Center for Disease Control (CDC) recommends vaccines. Almost all, regardless of their side, would say that the debate focuses on the safety and health of children. Many people against vaccines feel that vaccines have the ability to cause children to develop autism, ADHD, and diabetes, blaming corrupt government officials, greedy pharmaceutical companies and biased scientific studies. They feel that children’s immune systems can naturally deal with infections and that injecting a questionable vaccine will cause side effects.

Conversely, those against the anti-vaccination movement feel that not vaccinating children puts not only these children at risk, but also the public, including other children with whom the unvaccinated child comes into contact at school, and children that are too young to receive the vaccination, such as Shira Goldschmidt, an eight month old baby who got measles, as stated by CNN and infectious disease experts. Many on this side feel that vaccinations are arguably “one of the greatest health developments of the 20th century,” blaming the rise of the anti-vaccination movement on social media, non-expert celebrities and a growing consensus against science.

Wakefield’s study and the rise of anti-vaccination

One of the first sources for the anti-vaccination movement was Dr. Andrew Wakefield, a British Doctor. In 1998, his team released a study stating that “the measles, mumps, and rubella (MMR) vaccine could be linked to a rise in autism cases in children.” However, and perhaps most importantly, this study is not considered credible by a large majority of the scientific community. Numerous faults were uncovered in Wakefield’s study including his sample size of only 12 people. In 2010, Lancet Journal, the journal originally publishing his study, retracted it. Furthermore, in 2010, the General Medical Council in the United Kingdom, citing various ethical issues related to Wakefield, banned Wakefield from the practice of medicine.

Other than Wakefield’s, there has not been a “credible” study arguing against vaccines. However, in 2008, Dr. Bernadine Healy, a highly credible expert with an extensive medical background including former director of the National Institutes of Health, dean of the Ohio State University Medical School, and professor of medicine at Johns Hopkins, stated that “government officials and scientists had been too quick to dismiss the concerns of families whose children became ill after receiving vaccinations.” Healy is considered a figurehead in the anti-vaccination movement, with many quoting and citing her.

However, she never undertook a specific scientific study related to vaccines. Since Healy’s statement, many elected officials and celebrities, although not scientists or credible experts, have come forward to speak out against vaccines, including Robert F. Kennedy Jr. and Robert de Niro. With the issue of public health on hand, this opens a space for the debate of whether it is  rational to make a decision based on one limited study that has since been retracted with the mastermind behind the study being banned by the medical community.

As of April 19, the CDC has reported 626 cases of measles in 22 US states. This is already more than the total number of measles cases in 2018. Therefore, as measles cases continue to spread and more people acquire the highly contagious but preventable disease, it becomes evident that the anti-vaccination movement could potentially lead to a public health crisis. Diseases that have been preventable (and declared eliminated in 2000) through vaccines, as in the case of measles in the US, with the vaccine being first introduced in 1963, are making a comeback and infiltrating the school districts of the U.S. So how exactly does the public health issue translate into a national security crisis?

Interestingly, much of the contemporary confusion and debate over vaccines has been triggered by Russia. According to “Foreign Policy,” This Russian disinformation campaign’s goal is “the exacerbation of American’s distrust of one another and, in turn, the erosion of their confidence in society and the U.S. government.”

David Broniatowski, a professor at George Washington University undertook a study in which he analyzed two million tweets from 2014 to 2017. The findings illuminated that Russian trolling accounts had a higher likelihood of tweeting in relation to the vaccination debate than general Twitter accounts. Interestingly, the troll accounts did not just tweet in support of the anti-vaccination campaign, but also mentioned various grassroots campaigns in favor of vaccinations in order to fully fuel the debate.

As a result of the vaccination debate, there has been an increase in social discord, an erosion of trust in science and medical professionals and an increase in general fear and distrust towards the U.S. government.

Many might ask how does not vaccinating kids amount to a human rights issue? Simply put, in 2000, the measles disease was completely eradicated. Today, the prevalence of the disease has reached unforeseen levels. Additionally, of those who acquire measles, 25 percent of the cases result in hospitalization. Furthermore, many teenagers do not agree with their parents’ anti-vaccination views, but are not permitted to receive vaccinations. Therefore, the contemporary teenage rebellion for many consists of teenagers wanting to receive vaccines to prevent diseases while the parents do not want their teenagers to be vaccinated.

Clearly, the anti-vaccination campaign is an issue of human rights. If children want to receive scientifically and CDC recommended vaccines but their parents restrict the children from receiving the vaccine without any scientific evidence, it is a human rights issue. If unvaccinated children go to a public school and infect other children when there exists a medically recommended vaccine, then it is both, a public health issue and a human rights issue. Recently, as vaccination laws are a state right, various states and cities have begun enacting stricter regulations, such as New York City recently instituting mandatory measles vaccinations. This order was challenged by various parents in the city, but it was upheld by a Brooklyn judge.

In the end, it seems that the anti-vaccination campaign constitutes a battle over misinformation leading into issues of public health, national security and human rights. However, as rationally debating misinformation and the media are cornerstones of a democracy, it seems absurd to assume or want people to simply take the word of the scientific community. A healthy debate weighing the costs and benefits of all sides is the best for a democratic society.

,Nonetheless, as not vaccinating children may constitute a public health issue according to the large majority of the scientific and medical community, those arguing against vaccines should come up with new scientifically accepted evidence proving their claims. The anti-vaccination campaign should stop relying on the information of celebrities or studies with no expert backing.

“History of Measles.” Centers for Disease Control and Prevention. Accessed May 12, 2019. https://www.cdc.gov/measles/about/history.html.

Mills, David. “The Debate Over Vaccine Safety Is Far from Over.” Healthline. March 7, 2017. Accessed April 25, 2019. https://www.healthline.com/health-news/debate-over-vaccine-safety#6.