US: The Wrong Direction 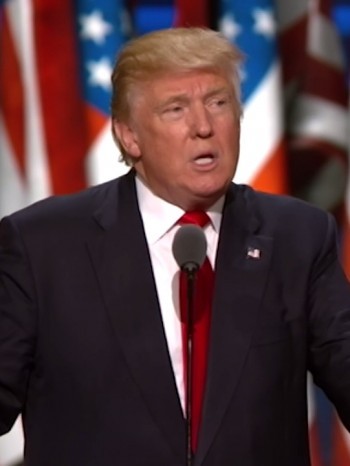 Since becoming a world superpower in the last century, the United States has fought for human rights around the world.  Though many times their actions, or lack thereof has been brought into question, they have seemingly declared and strived to set a good example with regards to the protection of human rights.  However, with the recent election of Donald Trump, human rights and protecting civil liberties are seemingly less important to the current administration.

What are the Violations?

Since President Trump has taken office, the US has moved in the wrong direction regarding human rights. Funds for state departments for refugees have been transferred, re-allocated, or cut.  A very clear racial and ethnic divide has developed as evidenced by refugees and immigrants, in particular Muslims and Mexicans receiving higher levels of scrutiny than others. Furthermore, women have been affected through rhetoric and attacks on their reproductive rights.

Citizens of the US in general have been affected through minimal police accountability and escalating abuses.  Moreover, children do not have the ability to attend schools without the threat of gun violence. While all of the aforementioned deserves investigation, this article more closely examines the human rights violations pertaining to police brutality and gun violence in schools.

Though this is not a new subject, as it has been occurring for centuries, Trump has publicly stated his desire for harsher police treatment of those in custody, for example stating that those who have been arrested should be “roughed up”.  Just a few of the areas where Trump has taken a stance include dismantling the Justice Departments Community Policing Initiative as well as proposals to change oversight into police killing allegations.

Most police departments around the US do not support Trump’s views and have publicly denounced the support of police brutality.  However, not all have done so, and some have even shown support. At a time in US history when the racial divide arguably grows larger each day, in many cases emanating from the uneven use of police force across racial groups, the increased use of police force should not be encourage or supported.

President Trump has been referred to by some, such as certain writers and journalists for US News and World Report among others, as “The Brutality President”; his actions and endorsement of certain police sheriffs arguably live up to this title.  For example, Joe Arpaio (the person who investigated President Obama’s birth certificate), who is the infamous sheriff in Maricopa County, Arizona, has an abysmal record regarding the treatment of prisoners. He had built a “tent city” in Maricopa County where prisoners had been served contaminated food, withheld medical care and humiliated.  Arpaio had even proudly related it to a version of a concentration camp. Recently, there was a criminal case brought against Arpaio due to the racial profiling of Latinos; however, it was dismissed due to a presidential pardon by Trump.

Moreover, Milwaukee County Sheriff, David Clarke, once denied water to inmates for seven days, resulting in the deaths of inmates.  Others have even claimed Clarke has endorsed practices such as “shackling women who were giving birth.” Clarke spoke at the Republican National Convention in support of Trump, and Trump has endorsed Clarke’s ideas and published works.

Perhaps the most disturbing recent trend related to human rights has been the increase in school shootings.  Children should have the basic human right to attend school without the fear of gun violence. Nevertheless, many can argue that nothing, or at least not enough is being done to mitigate the escalating violence.  The number of school shootings that have occurred ultimately depends on the way a school shooting is defined.

So what has been the Trump administration’s response?  Shortly after the Santa Fe High School shooting in Texas Trump said: “May God heal the injured and may God comfort the wounded, and may God be with the victims and with the victims’ families.”  Betsy Devos has said, “My prayers are with each student, parent, educator and first responder impacted.” While Trump and his appointees have extended “thoughts and prayers” to the victims, many policy makers have pushed for gun reform with little or no support from the administration.

This is due to the fact that “the right of the people to keep and bear arms” is in the second amendment of the constitution and therefore, amending it can be quite problematic and difficult.  Furthermore, Republicans currently hold the majority in both the House of Representatives and the Senate, while at the same time, the lobbying power of the National Rifle Association is huge and largely impacts Congressional actions.

Regarding the recent shooting in Florida, Republican and Trump supporter US Senator Marco Rubio has said, “the tragedy was a ‘terrible day you pray never comes.’” However, the day has officially come, and is re-occurring at an unprecedented rate of over one time a week.  Therefore, it is of vital importance that the next step is taken, whether this is a version of gun reform or increased research for mental health.

Prayers, thoughts and the hope for divine intervention are great emotions but do nothing to change the current environment.  More directly, for those in the political realm, this problem was not created by God, it was created by humanity and therefore, it must be solved by humanity.  Thoughts and prayers from politicians, though nice, ultimately do nothing to help the situation.

In the end, this article briefly covers some of the major issues of human rights violations occurring in the US.  Though the list is not complete and does not dive deeply into the topics, it offers a broad overview.

The US has historically attempted to be a champion of human rights.  However, in recent years, and rapidly increasing with the election of Trump, human rights violations have grown far worse; ranging from the President’s viewpoint on refugees and immigrants, the inherent inequality of women in much of his rhetoric and policies, such as more restrictive reproductive rights, the support of police abuse and the inability of children to attend school without the fear of gun violence.  The United States is moving in the wrong direction and must change its course if they hope to stay near the top of the global pyramid.

Cobb, Jelani. “Donald Trump is Serious When He ‘Jokes’ About Police Brutality.” The New Yorker. August 01, 2017. Accessed May 22, 2018. https://www.newyorker.com/news/news-desk/donald-trump-is-serious-when-he-jokes-about-police-brutality.