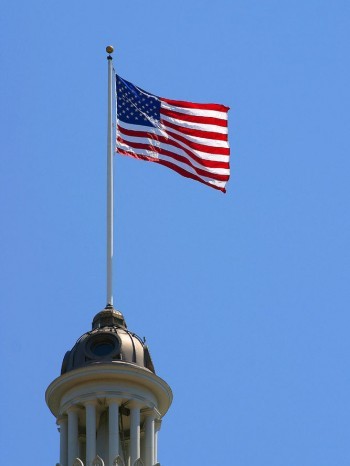 President Donald Trump invoked his national security power denying migrants asylum who enter the country illegally. Although Trump feels “we need people in our country but they have to come in legally,” the question must be asked how does this policy stand in regard to asylum law?

Officials stated that the goal of the executive order was to bring asylum seekers into the country through legal measures at official border crossings and the policy more or less closes the door on asylum when migrants enter illegally. This is being done in an effort to secure national interest. One of the problems with this policy is the sheer number of border crossings, with many asylum seekers being informed at the crossings they must return another day to make their claim and sometimes requiring them to return to their home country in order to make their claim. This policy came to be in part due to the refugee caravan currently moving throughout Central America and Mexico towards the U.S. border, some of who have begun illegally crossing the border and subsequently been arrested.

Officials have stated that those denied asylum will have the opportunity to apply for a different status, “withholding of removal”, but that they will have a tougher threshold to meet and different rights than asylum seekers. Furthermore, Homeland Security informed they would increase their border crossing staff in order to meet the higher demand. President Trump has suggested opening “tent cities” to help meet with the higher demand. Are these hardline stances on asylum seekers legal?

The director of the American Civil Liberties Union’s Immigrants Rights Project, Omar Jadwat, has said this policy is not legal. “U.S. law specifically allows individuals to apply for asylum whether or not they are at a port of entry. It is illegal to circumvent that by agency or presidential decree.” Furthermore, in the “Immigration and Nationality Act”, in the asylum seeking section, it says migrants are allowed to, for up to a year upon arrival, make claims of asylum, regardless of how they arrived, whether legally or illegally. President Trump’s plan has been challenged in court by the American Civil Liberties Union.

According to U.S. law, asylum is granted to both, people at the border or already inside the U.S. “who meet the international law definition of a refugee.” This definition, found in the United Nations 1951 Refugee Convention and the 1967 Refugee Protocol (the U.S. is a signatory only to the 1967 Protocol) defines a refugee as a person who is owing to well-founded fear of being persecuted for reasons of race, religion, nationality, membership of a particular social group or political opinion, is outside the country of his nationality and is unable or, owing to such fear,

unwilling to avail himself of the protection of that country; this definition also applies to the people who do not have a nationality and are outside of the country of their former habitual residence. This would therefore pertain to an asylum seeker who entered illegally, provided they met the legal definition.

The UN has issued a statement calling on the U.S. to repeal this policy and abide by humanitarian refugee law. The commentary of the UN continues by articulating that, this move by President Trump goes against agreements made in the 1967 Refugee Protocol, to which the U.S. is a signatory country. Furthermore, as it is unrealistic for all asylum seekers to make it to an official port of entry due to their complex flight and flee from life-threatening violence or persecution, it cannot be expected for all asylum seekers to present themselves at border crossings in the U.S.

The Refugee Convention and Protocol

Briefly, the 1967 Refugee Protocol was a follow-up of the 1951 Refugee Convention and although the U.S. is a signatory only to the 1967 Protocol, their responsibilities as a result, remain the same. The main difference between these two key documents regarding refugees is the extent of geographical coverage and time-frame. The 1951 Refugee Convention had a more confined geographical space and time-frame, focusing on European refugees before 1951, whereas the 1967 Protocol expanded the focus of the document to include refugees from all throughout the world. However, both documents use very similar definitions and terminology and prescribe the same responses towards refugees. Does the U.S. only ratifying the Refugee Protocol and not the Convention entail different legal obligations? In short, no. The Protocol was an extension of the Convention, meaning, through ratifying the Refugee Protocol, the U.S. also commits  to implementing and upholding the Refugee Convention.

As the 1967 Protocol obliges states to follow the definitions and duties established in the 1951 Convention, the Convention will be further analyzed. The 1951 Convention asserts a refugee, through the principle of non-refoulement, should not be returned to a country where they face threats to their life or freedom from the accounts stated in Article 33 of this Convention. Moreover, the principle of non-refoulement is a principle of customary international law, therefore the states are obliged to uphold  this principle whether or not they are parties to the 1951 Convention. Therefore, not accepting any asylum seeker who face threats to their life or freedom from the specific reasons just because of illegally crossing would be acting against this principle.

Furthermore, the 1951 Convention also urges governments to recognize travel documents, allow freedom of movement within the country’s border and adhere to the principle of family unity, which calls for the country to do all it can to keep the family of said refugee united. All of these seem to be contradicted with the recent actions of President Trump, for instance, the family separation policies go against the family unity clause. However, the Convention and Protocol simply establish the laws and duties of the refugees and states but does not establish specific punishment for breaking the ratified laws.

The U.S. is a signatory nation to one of the key refugee legal documents, the 1967 Refugee Protocol, stating they will provide international protection to those who meet the definition of a refugee, whether they enter through an official port of entry, or apply after entering the country illegally. Furthermore, U.S. domestic law reinforces this sentiment in the “Immigration and Nationality Act.” Although it must be noted that guarding the border in itself is not illegal; by the standards established in the Refugee Protocol and in US domestic law, stating asylum will not be considered if said asylum seeker enters illegally, is illegal. Meaning, the US has every right to protect and control their border, but if an asylum seeker manages to cross the border (legally or illegally) and applies for asylum within the country, the reason for denial cannot (legally) be based on them entering illegally.

Finally, U.S. law dictates said asylum seeker has the ability and right to migrate within the territory while the decision on the status of the asylum seeker is undertaken. Trump plans to place Central American asylum seekers  in “tent cities”. Those seeking asylum would be housed in the cities “until such time as their trial takes place”, at which time different actions will be taken. This would go against the stated law. Therefore, it seems that this measure, whether intended to stop the caravan or simply stop illegal migration, does not meet U.S. or international law standards.

To conclude, in a UNHCR statement: “National security and dignified reception of refugees and asylum-seekers are not mutually exclusive, but rather mutually reinforcing.”