Uighur Muslims and the Reach of China 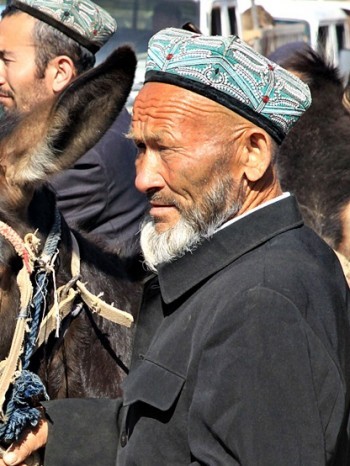 The Uighurs are an ethnic minority coming from the Xinjiang province in Northwestern China. The province is officially an autonomous region however, remains under control of the central government. Furthermore, there are many instances of human rights violations in relation to the Uighurs.

Who are the Uighurs?

The Uighurs are a Turkic-speaking ethnic minority in Central Asia. The majority of this ethnic group, over 10 million people, lives in China and the Xinjiang province, but over 300,000 live in the surrounding countries of Uzbekistan, Kyrgyzstan and Kazakhstan. Furthermore, there have been communities established further abroad in places such as Afghanistan, Belgium, Germany, Sweden, Norway, Saudi Arabia, Canada, Australia, Russia and the United States.

The Uighurs are mentioned in records dating back to the 3rd Century CE and rose to prominence with the establishment of a kingdom in the 8th Century CE, which no longer exists today. Initially the Uighur people practiced Buddhism, but contemporary Uighurs predominantly practice the Islamic religion.

However, there is little evidence supporting these claims. Interestingly, over 20 Uighurs were detained and sent to Guantanamo Bay with the initial US invasion of Afghanistan for their relation to al-Qaeda, but none of them have been charged with an offence and after years of imprisonment, most have been resettled elsewhere.

Violations of The Uighurs

Many activists in both this region and abroad, feel the Chinese central government has curtailed the religious, cultural and commercial activities of the Uighur’s. Furthermore, prominent Uighur activists from this region are being imprisoned or are seeking asylum abroad due to accusations of terrorism from the central Chinese government. However, many feel Beijing is exaggerating the threats of the Uighurs.

Other statements, such as those released by Amnesty International, call on China to “end its campaign of systematic repression and shed light on the fate of up to one million predominantly Muslim people arbitrarily detained.” Moreover, Human Rights Watch has reported of “rampant abuses [that] violate fundamental rights to freedom of expression, religion, and privacy, and protections from torture and unfair trials.” Furthermore, they have stated that the governmental controls are “in violation of international law’s prohibitions against discrimination.”

There have been instances of violence in the region promulgated by the Uighurs, but this has typically been in response to repressive measures by the government. The response of the government has included extended jail sentences, arrests and shootings. In 2017, the strongest crackdown by the central government occurred. Due to a greater need for security from the perspective of the central government, cameras have been installed in the Xinjiang province, constant police patrols and even checkpoints.

The Response of the Uighurs and the International Community

Prominent leaders of the Uighur community have called upon democratic governments throughout the world to confront China and its appalling treatment of this ethnic minority. Furthermore, statements have been given by Uighur leaders that the treatment of the Uighurs by the central government are an attempt to eradicate the Uighur culture.  Moreover, Louisa Greve, director of the Uyghur Human Rights Project for external affairs states, “We see many, many of the precursors of cultural and possibly physical genocide.” Therefore, different activists have varying perspectives on the atrocities occurring, but it is clear that gross human rights violations are present and perhaps an ongoing cultural eradication.

More recently, as of August 2018, “The U.N. Committee on the Elimination of Racial Discrimination” got involved stating that people of this group are possibly being detained and undergoing forced “re-education” in camps by the Chinese government. However, all allegations have been denied by the central government. During the re-education process, “Uighurs are taught about the dangers of Islam and the superiority of Chinese culture and the Communist Party ideology over their own customs.”

Activist groups have said that over one million Uighurs have been detained and placed in the aforementioned detention camps, or “vocational training centres,” as referred to by the Chinese government. Furthermore, in August, the immediate release of people in the camps was called for by the UN stating, “They had received credible reports that a million ethnic Uighurs were held in what resembled a ‘massive internment camp that is shrouded in secrecy.’”

The Reach of the Chinese Government

Many of the Uighurs have sought asylum abroad, however, does asylum actually help the Uighurs escape the Chinese government? Simply put, it does not. There have been reported instances of the government finding and reaching Uighur Muslims, both domestically as well as abroad, in an attempt for them to “spy” for the Chinese government. Uighurs have been reached in places such as Australia, Turkey, Norway, Germany, Sweden and Finland.

Eysa (last name not given), who is an Uighur, has openly talked about this and has stated that the Chinese security services pressured him into being a spy on his own community in Xinjiang, turning his life “into a living hell.” The goal involves pressuring Uighurs into being intelligence assets while abroad, as well as creating mistrust and friction among members of the group seeking refuge.

There are other instances of human rights violations of the Uighur population including severe domestic torture. As discussed by The Independent, Abduweli Ayup studied abroad in Kansas, United States, and when returning to China he created a pre-school for children, with the teaching language in English. Both Uighurs as well as the children of certain Chinese elite attended this school. However, the school raised suspicion from the Chinese government, forcing him to shut down the school, and with his refusal, arrested him in 2013. According to Ayup, as a result, he spent 15 months in prison, where he was “subject to torture and sexual assault” as well as humiliation.

Daragahi, Borzou. “‘We can reach you wherever you are’: Uighurs abroad feel China’s reach.” The Independent. November 11, 2018. Accessed December 22, 2018. ttps://www.independent.co.uk/news/world/middle-east/china-uighur-repression-espionage-informants-muslim-terrorism-a8626526.html.