Torture redefined? The judgment of the UK Supreme Court in R v TRA 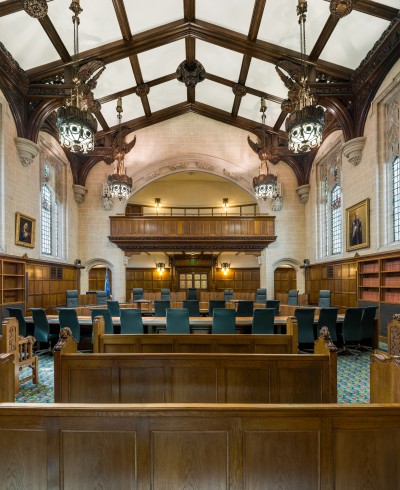 The Supreme Court of the United Kingdom made a bold step, which can re-write textbooks. In the R v TRA case, the Court held that acts of torture under the UN Convention Against Torture can be committed by non-state armed groups, challenging the conservative state-centric view. How was the judgment received? What is the way forward?

The end of the decade was marked by the much anticipated judgment released by the United Kingdom Supreme Court (UKSC) in the R v TRA case. The UKSC, then still presided by Lady Hale, decided that for the purposes of domestic prosecution, the definition of torture under the United Nations Convention Against Torture (UNCAT) can be understood to include torture committed by officials of non-state armed groups. Such interpretation confirmed a broader understanding of who can commit torture under the UNCAT that stretches beyond the more conservative state-centric model.

The judgment of the Supreme Court

Let us first consider the facts of this case. The appellant (referred to as TRA due to confidentiality) arrested in the United Kingdom in 2017, was charged with one count of conspiracy to commit torture and seven counts of torture under the Criminal Justice Act 1988. The Criminal Justice Act 1988 implements the UNCAT domestically, to which the UK is a party, and it contains an identical definition of torture as that which can be found in Article 1 of the UNCAT.

Article 1 of the UNCAT contains a definition of torture which states that torture can be prosecuted when committed by “public officials or other persons acting in an official capacity”. TRA was a member of the National Patriotic Front of Liberia (NPFL), a non-state armed group which controlled a part of the territory of Liberia and actively engaged in acts of torture. Because TRA was a member of the NPFL, the UKSC was faced with the difficult legal question as to whether the phrase “other persons acting in an official capacity” can be interpreted to include members of non-state armed groups who perform torturous acts on behalf of the group.

By a large majority, the UKSC held that the ordinary meaning of Article 1 allows for an interpretation, which includes as torture, acts perpetrated by non-state armed groups which control at least part of a territory of a state. The majority recognised that in unstable states, governmental functions which are ordinarily performed by a single government can be usurped by various groups and performed by actors who are in control over only some parts of territory within a state. By doing so, the UKSC recognised the complexities of today’s conflicts, which are mostly non-international in character.

In reaching such a decision, the UKSC relied on previous decisions of international bodies (most notably Elmi v Australia [1]) and writings of esteemed academics, such as professors Clapham and Gaeta. In the words of professor Fortin, the UKSC essentially distinguished groups exercising quasi-governmental functions or attempting to do so from groups who engage in purely military activities. Taken overall, the UKSC ruling can be understood as a departure from a purely state-centric understanding of torture as a crime and as a human rights violation.

The judgment was not unanimous, with Lord Reed writing a dissenting opinion on six points in particular. This blogpost deals with only two points. The first point of his dissent concerned the ordinary meaning of the phrase “public officials or other persons acting in an official capacity.” Lord Reed disagreed with the majority and argued that the ordinary meaning does not include officials of non-state armed groups and instead pertains only to those entities who act on behalf of a state. In his understanding, the phrase “other persons acting in an official capacity” had been inserted in order to capture the conduct that was outsourced to private companies by the states themselves. Crucially for Lord Reed, the meaning of ‘official’ is limited solely to governments as we know them in stable states. In my opinion,  it raises questions whether such understanding is truly reflective of the world in the 21st century.

The second point of his dissent pertains to the context of the terms used in Article 1 of the UNCAT. He points to the final sentence of Article 1, which reads as follows: “pain or suffering arising only from, inherent in or incidental to lawful sanctions“. In his understanding, ‘lawful sanctions’ provides the context because by including the phrase, the drafters intended to limit the scope of the UNCAT to those bodies – governments – which are in the position to impose lawful sanctions. In my opinion, this point of dissent is somewhat circular – only a state/government is a body which can impose laws, and it has the authority to impose laws only because it is a state/government. Moreover, it is not uncommon for non-state actors who control territory to impose their own rule-systems which are analogous to ordinary state systems. Whether Lord Reed's explanation is sufficient and truly reflective of today’s climate remains questionable.

Lord Reed’s remaining four points dealt with the object and purpose of the treaty, other domestic definitions of torture, the conduct of the UN Committee Against Torture and, finally, with the need to respect the principle of legal certainty.

From judgment to academic deliberation exercises

The UKSC decision has been succeeded with an interesting academic debate on the topic. Professor Fortin warns whether the timing of this decision was right, echoing Lord Reed’s analysis of the conduct of the UN Committee Against Torture itself, which retracted from Elmi  towards a conservative approach in its decision. Professor Heller went even further in his Twitter feed and claimed that the UKSC decision “will simply further legitimise ‘governments’ created by rebel groups” (Twitter thread from 13 November 2019).

The division between the authors mirrors the general controversy surrounding the topic of imposing human rights obligations on non-state actors, with many being concerned about the practical fall-out and legitimation of armed non-state groups. In spite of these concerns, the decision shows that a further shift of the line towards acceptance of human rights obligations of non-state actors by courts is taking place.

[1] Elmi v Australia is a decision issued by the Committee Against Torture in 1999. The Committee decided that a return of a Somali national to Somalia would be in violation of Article 3 of the UN Convention Against Torture because the person in question would be at risk of torture possibly perpetrated by a non-state group. The non-state armed group would, therefore, fall under the definition of “public officials or other persons acting in an official capacity” and thus extend its interpretation.