Outside but Aligned: Establishing the National Human Rights Institution in Taiwan 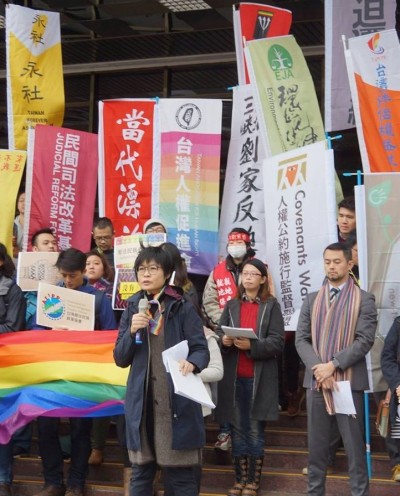 Since 1987, Taiwan has had a long journey in the process of democratization and promotion of human rights. In spite of the repetitive rejections of its application for a seat in the United Nations, it has become determined to gradually adapt its national law to the United Nations’ human rights standards. The milestone was reached last year when Taiwan established the National Human Rights Institution according to the Paris Principles.

Taiwan (officially named the Republic of China) is not a member state of the United Nations (UN). Its international status dates back to 1971 when the UN General Assembly passed Resolution No. 2758 recognizing the People’s Republic of China as “the only legitimate representative of China to the United Nations”. Despite this fact, Taiwan has made vigorous efforts to step out from the international isolation and establish a functional democratic society based on the rule of law and the protection of human rights according to the UN human rights framework. It has started to comply with UN human rights treaties and implement their obligations in its domestic law. To date, Taiwan has implemented five of such treaties.[1]

In order to monitor the government’s compliance with the UN human rights treaties, Taiwan has developed its own oversight procedure called a “self-made international review process”. This unique model copies the UN official reporting system. The four-year reporting cycle is based on a report of the Taiwanese government to a group of international experts, the International Review Committee, which subsequently visits Taiwan and conducts the review meetings following the report. The Committee is composed of international human rights experts, including former UN officials. The review process leads to Concluding Observations and Recommendations that the government has to address, which is a very similar style to that developed by the UN system.

Way towards the NHRI

For about 20 years, the Taiwanese civil society has advocated the establishment of the National Human Rights Institution (NHRI) according to the Paris Principles.[2] The consultation process involved a number of national and international human rights experts, non-governmental organisations (NGOs) and other stakeholders and resulted in various recommendations regarding the mandate, powers and composition of the NHRI. The consultation process was intensified in 2017 by the Concluding Observation of the International Review Committee. The Committee urged the government to establish the National Human Rights Institution and also to ratify the UN Convention against Torture and its Optional Protocol.

The process was completed on 10 December 2019, when the Taiwanese parliament passed the Organic Act that designates the Control Yuan, an ombudsman institution and the highest control body, to be the Taiwanese NHRI.

Challenges for the Control Yuan

This milestone has been warmly applauded by the Taiwanese civil society organisations. However, the Covenants Watch, a key Taiwanese NGO for monitoring the compliance with international law, highlighted that “adoption of the Organic Act of the National Human Rights Commission (or Committee) is only the first step towards the Paris Principles” and that it is necessary to proceed with “significant adjustment in its organization and mandates” to fully meet the Paris Principles.

Given the rapid development of human rights, it is difficult to predict whether and to what extent the new human rights watchdog will succeed in its new role. However, the vivid civil society, the liberal government and the general openness of the young democracy are quite promising for the future development of Taiwan.

Covenants Watch, Review of the Second Reports of the Government of Taiwan on the Implementation of the International Human Rights Covenants – Concluding Observations and Recommendations adopted by the International Review Committee in Taipei, 20 January 2017, available at:  https://en.covenantswatch.org.tw/wp-content/uploads/2018/12/2017-ICCPR-ICESCR-CORs_EN.pdf.

Covenants Watch, Statement on the adoption of the “Organic Act of the National Human Rights Commission/committee in the Control Yuan”, 11 December 2019, https://en.covenantswatch.org.tw/2019/12/11/statement-on-the-adoption-of-the-organic-act-of-the-national-human-rights-commission-committee-in-the-control-yuan/.