The Guantanamo redemption: The fate of 22 Chinese muslims detained by the US 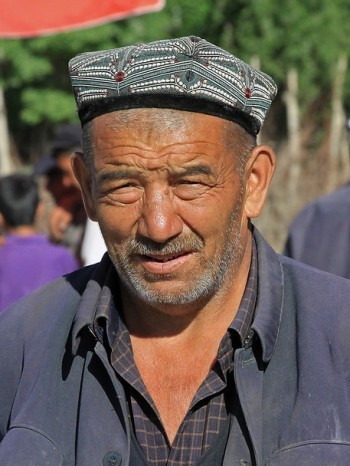 “Uighurs” are an oppressed minority group of Chinese Muslims living in Northwest China. While many voices have called for stopping China and its actions against this minority, it remains relatively unknown that the US has also played an important role in the violations of the human rights of this minority.

As a result of the terrorist attacks on 11 September 2001, the US began the “War on Terror,” a military campaign launched by President George W. Bush. The campaign was against the terrorist group, Al-Qaeda, which operated in Afghanistan and Iraq, but it also combated other terrorist groups throughout the region.

During this campaign, 22 men, all Uighur Muslims from China, were arrested in Afghanistan. None of these men had any connection to Al-Qaeda or were involved in any terrorist actions in Afghanistan or elsewhere.

In fact, most of these men were political asylum seekers running from China’s cruelty and supported the Uighur’s separation movement. On a request from China, this liberation movement was added to the terrorist watch list. China used 9/11 to link the Uighur’s dissent movement to Al-Qaeda. For China, this was an easy justification for the repression of this minority. The US accepted this label and treated the Uighur’s movement, called the East Turkestan Islamic Movement, as a part of terrorist groups.

In 2002, a long fight, lasting almost 12 years for the freedom of these 22 individuals began. After being arrested, the Uighurs were transported to Guantánamo Bay, where they were held as terrorists without any evidence. The main problem was that the US refused to release them and let them stay in the US, while at the same time they could not return them to China because of the imminent threat from the Chinese government. In 2005, many of them were given the status of NLECs (No Longer Enemy Combatants), although only five of them were released and sent to Albania. The remaining Uighurs were, however, held in isolation in the new Camp Six, one of the harshest places of Guantánamo Bay. They were held in little cells for 22 hours a day, usually without any contact with another human being or sunlight. The situation was described as a ”Walter-Reed style scandal of human rights“.[1]

According to leaked files from WikiLeaks, starting in  February 2004, the commander of Guantánamo Bay ”recommended that detainees be considered for release or transfer to the control of another government. This recommendation was based on the assessment that the detainees were not affiliated with Al-Qaida or a Taliban leader…“ It is clear that the US government knew that the Uighurs had been imprisoned without any legal reasoning but was not able to admit any violation of human rights, illegal imprisonment or misconduct.

At the end of the Bush presidency in 2008, a federal district court judge ordered the remaining 17 Uighurs to be brought into the United States. However, the federal court overturned the judgment.

Things began progressing during the presidency of Barack Obama. Obama’s goal was to close Guantánamo, which brought hope for ten Uighurs. Four of them were sent to Bermuda and six to Palau. In 2010, two of them were sent to Switzerland. The remaining five Uighurs were still held in Guantánamo Bay. All of them rejected an offer to go to Palau or the Maldives. Two of the remaining detainees accepted an offer from El Salvador, however, the rest of them preferred to stay at Guantánamo Bay.

At first, choosing to stay in Guantánamo Bay seems to be an odd decision but it can be justified. These men were imprisoned for many years for crimes that they had not committed and the options being offered to them did not seem fully positive. They were offered to be transferred to a totally unknown country with no personal cultural or social connection. They could also be punished by China. According to one of the Uighurs, China did take a number of steps to prevent releasing the remaining Uighurs, for example, it successfully pressured Costa Rica to withdraw an offer to accept two detainees.

Finally, the last three Uighurs were released in 2013 and sent to Slovakia. The Obama administration described the termination of the 12 year imprisonment of innocent people as ”a milestone“ and thanked Slovakia for this humanitarian gesture.

It might seem that this story has a happy ending. But for these 22 men, their life has changed forever. The Uighur Muslims still struggle today. Some of them did not receive citizenship in their new country, some of them are still treated like terrorists in their new community, and some of them struggle with starting their own business.

As one of the 22 ”children of Guantanamo“ described: ”I am a victim of manipulations between politicians. They were playing with me like a pawn on a chessboard. And they did the same with my brothers.“

Moreover, even now, when these men are free, China still continues oppressing the Uighur minority and ”re-educating“ them in camps.

Currently, the US and Germany are fighting at the U.N. for better conditions for the Uighur minority in China. However, it should be known that the US did their part in oppressing this minority as well. Many observers pointed out the irony. “For years, the United States has been at the forefront of promoting an abusive counterterrorism architecture at the United Nations and has been allied with China on many of these efforts,” as stated by  Letta Tayler, an expert on counterterrorism with Human Rights Watch.

[1] Walter Reed scandal was a serie of allegations for terrible conditions and treatment of soldiers in Walter Reed Army Medical Center in 2007.