Chechnya and the “anti-Gay Purge” – a Year Later 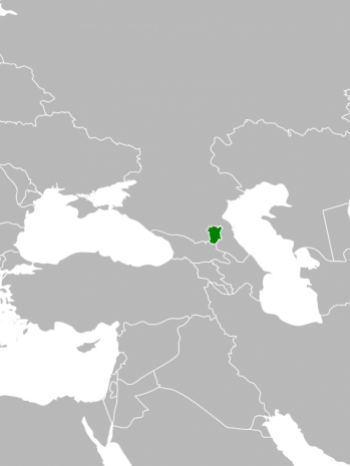 Chechnya is an autonomous republic of Russia, located in the North Caucasus, near the Caspian Sea, in southern Russia. With a reported (though disputed) population of around 1.3 million people, the Chechen Republic is also, arguably, one of the most dangerous places in the world to be a homosexual.

The crisis was first made aware to the public on April 1, 2017 in the newspaper, “Novaya Gazeta.” The paper reported that numerous men between the ages of 16 and 50 had simply disappeared. The paper continues to specify the men were arrested for their practice of, or suspicion of, “non-traditional sexual orientation”.

Future reports such as those from Amnesty International and Human Rights Watch increased the projected number of affected men to more than 100, with at least three having been killed, while other reports place this number even higher. These men had been entrapped using dating apps, social media and contacts, abducted from the road, arrested and detained. Furthermore, the “anti-gay purge,” as it has come to be known, also targeted numerous women, including trans-women.

Unfortunately, as many of these abducted men and women still remain missing, proof of what has actually occurred is minimal. However, Amnesty International reported that in March of 2018, 106 people who have survived the “anti-gay purge” have escaped Russia and they are talking.

There exist multiple allegations of prison camps, many calling them concentration camps, set up throughout Chechnya where people are beaten, detained and electrocuted, sometimes to death. During the torture and beatings they are forced to give contact information of other suspected homosexuals. Furthermore, as reported by Human Rights Watch, the police were “outing” family members and endorsing honor killings. Though honor killings are illegal, Ramzan Kadyrov, the Chechen leader has said, “If we have [gay] people here, I’m telling you officially their relatives won’t let them be [gay] because of our faith… Even if it’s punishable under the law, we would still condone it” (honor killings).

What crisis? Kadyrov has been adamant that human rights activists have fabricated the facts despite accusations because, according to Kadyrov, no one in the republic commits any sort of human rights violations. Additionally, Kadyrov made the statement that persecution of gay people in Chechnya was not possible because “you cannot detain and persecute people who simply do not exist in the republic.” (meaning there are no gay people in Chechnya). Finally, he called the accusations nonsense.

His spokesperson, Alvi Karimov, reiterates this, taking it a step further, saying that if there were such gay people existing in Chechnya, the government would not have to do anything, as “their relatives would send them somewhere from which there is no returning.” However, for Kadyrov, if there is a gay population, the solution is simple, “Take them away from us. To purify our blood, if there are any, take them.”

The Response of the International Community

Russian authorities declared they would undertake an investigation into allegations if the victims would present themselves. However, as the allegations are coming from people choosing not to be identified out of fear for their safety, it is difficult to make a criminal case.

Most recently, of the 106 people who safely escaped Russia, many of them want to tell their story of persecution, with hopes of testifying before the European Court of Human Rights, although Chechnya has already been under scrutiny of this court for years. Some have already spoken with media sources telling their stories.  However, even after escape, they do not remain safe. There have been accounts of some who have fled Chechnya, being located by authorities and returned to Chechnya. Many of those returned have lost all contact with the NGO attempting to help.

On April 13, 2017, the UN Human Rights Council was first advised of the situation. They demanded an end to the atrocities and asked Russia to help stop the persecution, but not many further steps have been undertaken. Many other states have also been outspoken in condemning the actions in Chechnya. Furthermore, Germany and Lithuania have offered asylum to a number of people. The Netherlands has recognized gay Chechens as legitimate asylum seekers and is attempting to make the asylum process easier, while the Canadian government has been helping them move into their borders, among other NGOs.

Offering refuge and helping the gay population escape Chechnya is incredibly beneficial, but may not be enough. More and more victims escape, while many of those who disappeared remain unheard of and an increasing number of persecutions are discovered. Many feel a thorough investigation should be undertaken into the reported human rights violations occurring in Chechnya, including testimonies from escapees. This has been done multiple times regarding past human rights violations accusations in the country. However,  more than a year after this crisis occurred, criminal charges have not been brought upon anyone.

Savelau, Dmitry. “It may seem like LGBT rights aren’t important to Putin – but if you look closer, you’ll see they’re central to the Russian election.” The Independent. March 14, 2018. Accessed September 25, 2018. https://www.independent.co.uk/voices/russia-election-putin-win-anti-lgbt-propaganda-chechnya-persecution-homophobia-a8255186.html.