Burqa Ban: new law came into effect in the Netherlands 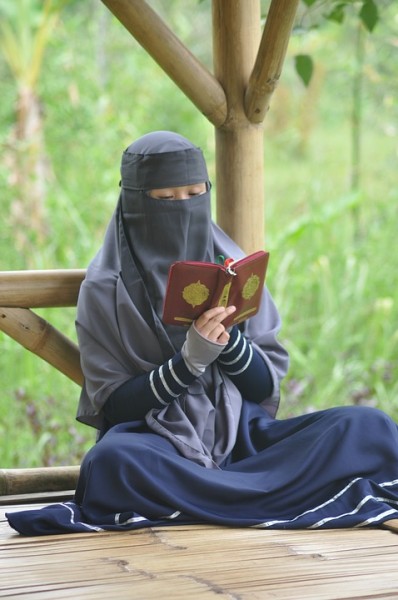 A controversial law that prohibits clothing that "covers the face" from being worn in schools, hospitals, other public buildings and public transport, came into effect in the Netherlands at the beginning of August 2019. The Netherlands, therefore, became the most recent EU country to prohibit face-covering clothing in public buildings. The first country which launched similar legislative measures was France, in 2011.

The so-called Burqa Ban Act, which was passed in June of last year, is a result of 14 years of public debate on the subject. It covers the ban of wearing burqas and the niqab (two main symbols of Islamic religious dress), as well as other coverings such as ski masks, motor helmets or balaclavas in public buildings and public transport. In case of violation, there is a penalty of a 150 euro fine. The rule is partial, it does not apply to people wearing face coverings in the street (unlike more extensive bans in France, Belgium, Bulgaria, Austria and Denmark).

Critical perspective – what kind of problem is it actually solving?

As expected, the Dutch law has been criticized by many human rights organisations and individuals, which find it discriminatory against Muslim women and a serious violation of the freedom of religion and the freedom of movement. The critical voices mainly point to unnecessary character of the legislation. It is estimated that there are only between 200 and 400 women who wear a burqa or niqab, out of a population of 17 million. According to the critics, the Netherlands should address completely different problems, such as growing thefts, drug criminality, etc.

On the contrary, the new legislation could cause a number of problems. A professor of sociology at the University of Amsterdam, Annelies Moors, stated: “The law provides a solution for a nonexistent problem, but may in turn cause problems, it leaves women very little space.” Others also warn it could dissuade some women from entering public spaces, including schools, hospitals or reporting to a police station.

One conservative newspaper even published tips on what to do if someone is spotted wearing the prohibited clothing, including the exercise of the right to a citizen’s arrest (this right was recently confirmed by an official police statement). This only raised the fears about violence against women.

The Professor of Human Rights at the University of Utrecht and the Director of the Netherlands School of Human Rights Research, Tom Zwart, adds two sources arguing against the ban. First, he notes that the United Nations Human Rights Committee ruled last year that France violated rights of two women wearing niqabs. The Committee found that the general criminal ban on the wearing of the niqab in public, introduced by the French law, disproportionately harmed the petitioners’ right to manifest their religious beliefs, and that France had not adequately explained why it was necessary to prohibit this clothing. In particular, the Committee was not persuaded by France’s claim that a general ban on niqabs was necessary and proportionate from a security standpoint or for attaining the goal of “living together” in society.

The Committee acknowledged that states could require that individuals show their faces in specific circumstances for identification purposes, but considered that a general ban on the niqab was too sweeping for this purpose. The Committee also concluded that the ban, rather than protecting fully veiled women, could have the opposite effect of confining them to their homes, impeding their access to public services and marginalizing them.

The second source is a recent report by the Council of Europe (precisely the European Commission against Racism and Intolerance) which mentions “waves of online hate speech” and “a considerable number of hate-motivated attacks” in connection with the Netherlands. Dutch mainstream politics and news reporting are “strongly influenced by a xenophobic, fear-fueling rhetoric and politicians have openly expressed racist beliefs,” the report stated. It noted that Muslim groups have highlighted the burqa and niqab ban as a measure which they feel targets them. Amnesty International criticised the ban as an infringement of women’s right to choose what they wear, not solving any problems and violating human rights. What should be re-stated in this context is the position of the European Court of Human Rights. The Strasbourg court, back in 2014, ruled that such bans were not in violation of the European Convention on Human Rights.[1]

Practical impact - who will be responsible for the task?

There are also legitimate concerns about the applicability and the enforcement of the law. It is “alive” only for a relatively short period of time, but there are talks about unrealistic, inefficient and unworkable conditions. The transport and medical operators, as well as many of prominent Dutch officials have said they will not enforce the burqa ban. Even the police have stated that the ban is not a high-priority, so they will not respond within the usual half hour timeframe.

This could cause problematic delays and interruptions of the services as the transport workers cannot impose the law (fines) themselves. Moreover, they are also bound by general transport obligations. Hospitals and emergency services, on the contrary, clearly stated that they would still treat people and provide healthcare services regardless of what they were wearing.

The Nida party, an Islamic political party in Rotterdam, came up with a solidarity action plan. It said that it will pay the fine for anybody caught breaking the ban. For this reason, they opened an account where people can deposit money.

Article 9 of the European Convention on Human Rights grants the freedom of religion, thought and conscience to all citizens of Council of Europe Member States. Through Subsection 2, Article 9 also allows for limitations where they are justified, in case the limiting policy is prescribed by law, in pursuit of legitimate aims, and necessary in a democratic society.

It is important to analyze all requirements, but the third limitation requirement plays a key role in this assessment: whether and when the burqa ban is necessary in a democratic society. With regard to the fact that there are so many reasons against applying this measure could one imagine the legitimate grounds in favour of the introduction of this law? Of course the reasoning of the bills include very broad legal concepts, such as the protection of public security, safety and public order; the enhancement of gender equality and human dignity; the protection of laïcité or secularism (the traditional concept in France); and the protection of the rights and freedoms of others (including the religious freedom mentioned). On the other hand, these terms do not seem to pass the full proportionality test, so one could clearly say that the necessity does not coincide with this law.

To demonstrate the weakness of the security argument, one should return to the French Burqa Ban Act. The approach of a long-established case law of the French Conseil d’État [2] and the European Court of Human Rights is unanimous on this issue. The Study of possible legal grounds for banning the full veil of the Conseil d’État says: “it is possible to prohibit such face-coverings for reasons of public security only if there are reasonable and documented risks of public order, taking into consideration local circumstances, and provided that it is proportionate to those risks. However, a face-covering does not by itself evoke public security problems at all times and in all places. We could mention, for instance the excluded (isolated) zones or most of the public roads. A face veil may violate security imperatives, which means the safety of persons or property, but only in certain areas and in certain locations, determined on a case-by-case basis.” That means that a threat is quite hypothetical in nature.

The Conseil d’État noted that the full veil had not yet effectively posed any particular problems to public security or to public order, nor had it provoked any violent reactions that would justify its general ban. Such a ban would therefore rest upon an artificial preventive logic that had never been endorsed by its case law. Therefore, it concluded that a general (full) ban on covering one’s face is incompatible with international human rights standards. Nevertheless, a partial (temporary, local, sectoral) ban is still conceivable and can be justified under specific circumstances.

[1] It was a famous case of S.A.S. v. FRANCE (application no. 43835/11), from 1st July 2014, where the European Court of Human Rights ruled that the French ban on face covering did not violate provisions of the European Convention on Human Rights (ECHR) concerning the right to privacy or freedom of religion, nor other invoked provisions. The Court found that the ban imposed by the law could be regarded as proportionate to the aim pursued, namely the preservation of the conditions of “living together” as an element of the “protection of the rights and freedoms of others”.

[2] Conseil d’État is a very respected body of the French national government that acts both as legal advisor of the executive branch and as the Supreme court for administrative justice.