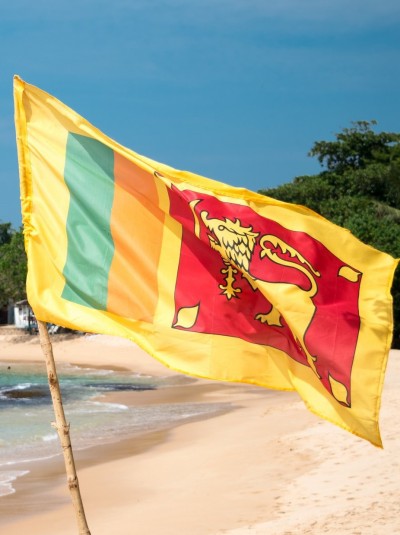 President Maithripala Sirisena of Sri Lanka decided to cancel the 43-year moratorium on the use of the death penalty in February this year. The main reason to resume executions is, according to the president, to fight drug crime, which is common in Sri Lanka as it is one of the main routes of drug trafficking.

Moreover, Sri Lanka’s moratorium was considered very progressive in the Asian region. Carrying out an execution is very common in Asia, mainly thanks to the extensive use of this punishment in China, but also in Japan, Taiwan and Malaysia. Sri Lanka was one of the first countries in South Asia to stop using the death penalty and obliged itself to follow numerous international conventions and commitments.

Inspired by the Philippines

However, this situation has changed with the decision of President Sirisena to cancel the moratorium and to restore the death penalty. Sirisena’s decision came from his commitment to fight drug crimes as Sri Lanka is highly influenced by drug trafficking and many Sri Lankans are drug addicts. At the same time, Sirisena is trying to earn some extra credit for the upcoming presidential elections. He believes that by an effective and strict drug policy he can be re-elected as the president who secured drug-free Sri Lanka.

Sirisena got this idea while he was visiting the Philippines last year. He inspired himself by the policy of President Rodrigo Duterte of the Philippines, who is well known for a very strict policy for combating drug crimes. Duterte’s policy has led to thousands of casualties and loud criticism from human rights organizations. According to Human Rights Watch and its 2019 report, the Philippines’ war on drugs is characterized by an extensive use of violence, extrajudicial killings and arresting opposing political opponents for their criticism. This report shows that the drug policy of the Philippines should not be an inspiration.

The first half of this year was reserved for the preparation of the first executions in 43 years. At first, Sri Lanka looked for a hangman, a person who would carry out the executions. The job offer was advertised like any other offer in local newspapers. Sri Lanka’s government looked for a man between 18–48 years old with an excellent moral character and good mental health. Two of them were chosen in June. Their salary will be around 200 dollars per month, which is above the standard salary for civil servants in Sri Lanka.

Resuming executions caused a lot of negative reactions among Sri Lankans and also among the international community. Twelve petitions were signed against the presidential decision. One of the petitioners is Sri Lanka’s Centre for Political Alternatives. In their petition, they stated that the death penalty is a cruel and inhuman form of punishment and the president’s decision violates the human rights of both the general public and the convicts. They also argued that restoring the death penalty is against the Constitution, mainly the provision stating that all people are equal before the law and the provision guaranteeing freedom from torture.

The international community reacted in a similar way. For example, the European Union condemned Sri Lanka's decision to revive the death penalty and described it as an inhumane and cruel punishment. Countries such as Norway, France, and the UK joined this position opposing the death penalty in Sri Lanka. The UN Secretary-General tried to contact President Sirisena directly to reconsider his plans. His effort was not successful. Sirisena’s reaction to the international criticism was that of interference in Sri Lanka’s internal affairs.

Also, human rights organizations such as Amnesty International or Human Rights Watch are criticizing Sri Lanka and its president, and call for restoring the moratorium on the death penalty. The ultimate goal would be the abolishment of the death penalty.