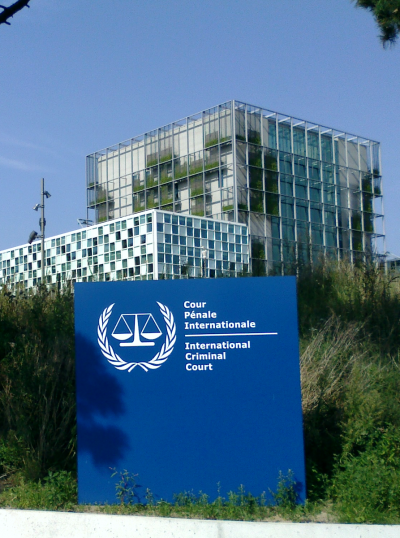 On 20 February 2020, seven countries, the Organisation of Islamic Cooperation, the League of Arab States, and another 34 applicants, including NGOs and distinguished scholars were granted leave to be amici curiae (‘friends of the Court’) in the determination on jurisdiction of the International Criminal Court (ICC) in the Palestine situation. They will express their position on whether the ICC has territorial jurisdiction pursuant to Art. 12 of the Rome Statute over the crimes committed in the West Bank, Gaza Strip and East Jerusalem.

Preliminary examination and a struggle of the Court

The situation in Palestine has been subject to a preliminary examination by the Office of the Prosecutor (OTP) since 16 January 2015. On 20 December 2019, the OTP concluded that the issue of territorial jurisdiction needed to be resolved before a commencement of a formal investigation. In its request of 22 January, the OTP asked the Pre-Trial Chamber (PTC) to rule on the issue. The decision has been praised by some as a sign of prudence and criticized by others as a cowardly move. Effectively, it shifts the burden of such an emotionally, politically and legally difficult decision from the executive to the judicial branch of the ICC.

Amicus curiae as a getaway from the ICC’s commitment

The PTC reacted by issuing an order requesting Palestine and victims in the situation to submit written observations limited to the question of jurisdiction no later than 16 March 2020. In addition, the PTC invited States, organisations and/or persons to submit their observations pursuant to Rule 103 of the ICC’s Rules of Procedure and Evidence (on Amicus curiae and other forms of submission), and also exclusively on the question of jurisdiction. The PTC stated that this step was necessary due to the ‘complexity and novelty of the Prosecutor’s request. Hence, there is a continuing trend set by the OTP to gain legitimacy by, at least symbolically, sharing the burden of the decision. Consequently, the Court received more than 40 requests to submit an opinion on the issue and refused only two of them. One application was dismissed because it was delivered after the deadline and the other because of an overlap of an individual author with an organization of which he was a member. This indicates that the Court tries to be as inclusive as possible, presumably to have its back covered.

Most of the States, including the Czech Republic, Germany, Austria and Hungary, submitted a predictable line of argumentation: The ICC has to resolve the question of Palestine’s statehood because the Court needs to ‘satisfy itself that it has jurisdiction’ (Art. 19 para 1 of the Rome Statute). In their line of argumentation, Palestine is not a State pursuant to the relevant rules of public international law and the ICC shall not have jurisdiction over the situation because this is the condition sine qua non. On the other hand, Palestine, the League of Arab States, the Organisation of Islamic Cooperation, some distinguished scholars and specialized NGOs argue that the ICC has jurisdiction. They argue that Palestine is a State, even though some of its territories are occupied and its sovereignty has been denied for a long-time by the great powers. Despite the ongoing occupation, Palestine still exercises effective control over the territory and therefore fulfils the requirements of statehood. Other commentators do not challenge the statehood itself but question the unclear scope of the territorial jurisdiction. The argument goes as follows: The question of statehood is immaterial. Even if Palestine is a State, the borders are not clear – even the Palestinian position on the matter changes often. The ICC simply cannot delimit its borders and therefore does not have jurisdiction.

Is it the right time and place to decide the matter?

The explosive potential of this case is evident. The PTC’s decision on jurisdiction will necessarily mean that the ICC considers, or does not consider, Palestine to be a State according to public international law. Such a decision will inevitably anger some States and further weaken the already fragile Court. Some also question whether it is the ICC’s role to do so. Yet, the question regarding the Palestinian statehood is not a novelty at the ICC. It was already a highly debated topic when the Government of Palestine accepted, by means of a declaration under Article 12(3) of the Rome Statute, ad hoc ICC jurisdiction in 2014 and later on when acceded in 2015.

It is also not typical to decide on the issue of jurisdiction before the initiation of formal investigations. It is in the authors’ view that the issue of jurisdiction should be resolved in relation to specific perpetrators with location of the crimes already identified. Otherwise, the Court might indeed overstep its mandate by making abstract decisions on borders of a State. It was also argued by some commentators, including the Court’s own Office of Public Counsel for the Defence, that the determination on jurisdiction at this point, deprives the defendants of their rights because pursuant to Art. 19(4) of the Rome Statute, the jurisdiction issue can only be raised once. However, the provision speaks of challenges by the States and the defendants. As clarified by the PTC in the Kony at al. case, a challenge brought by one legitimate party (State or defendant) does not foreclose the bringing of a challenge by the other legitimate party. Moreover, the question remains whether the OTP’s request to rule on jurisdiction is regarded as a jurisdiction challenge envisaged in Art. 19(4). Probably not. Nevertheless, it is not unimaginable that this pre-made decision might impair the right to a fair trial of individual defendants.

False Friends of the Court

Lastly, it is dubious whether all those interested in submitting their amicus curiae have justice in their mind. According to some, Israel uses other States as proxies to sweep the situation quickly off the table. Israel restricts its communication with the Court because it fears that its own engagement would make the Court’s position stronger by conveying legitimacy on the institution. The question is whether the ICC shall be a place for such political games and whether these amici curiae are in accordance with legal requirements.

Some issues might be clarified, and some new ones might arise after 16 March, when 43 approved amici curiae shall be delivered to the ICC.

To ask additional questions or challenge some of the positions presented here, you can contact the authors via e-mail:

Decision on Applications for Leave to File Observations Pursuant to Rule 103 of the Rules of Procedure and Evidence. No. ICC-01/18 Date: 20 February 2020. Available online at: https://www.icc-cpi.int/CourtRecords/CR2020_00610.PDF

Statement of ICC Prosecutor, Fatou Bensouda, on the conclusion of the preliminary examination of the Situation in Palestine, and seeking a ruling on the scope of the Court’s territorial jurisdiction. Date: 20 December 2019. Available online at: https://www.icc-cpi.int/Pages/item.aspx?name=20191220-otp-statement-palestine

Prosecution request pursuant to article 19(3) for a ruling on the Court’s territorial jurisdiction in Palestine No. ICC-01/18 Date: 22 January 2020. Available online at: https://www.icc-cpi.int/CourtRecords/CR2020_00161.PDF

Order setting the procedure and the schedule for the submission of observations No. ICC-01/18 Date: 28 January 2020. Available online at:  https://www.icc-cpi.int/CourtRecords/CR2020_00217.PDF

Request for Leave to Submit Amicus Curiae Observations in the Proceedings Relating to the Prosecution Request Pursuant to Article 19(3) for a Ruling on the Court’s Territorial Jurisdiction in Palestine No.: ICC-01/18 Date: 14 February 2020. Available online at:  https://www.icc-cpi.int/CourtRecords/CR2020_00463.PDF

Analysis As Dozens Ask to Join Israel-Palestine Case, Request From Within the ICC Could Be the Deciding One Date: 16 Feruary 2020. Available online at: https://www.haaretz.com/israel-news/.premium-as-dozens-ask-to-join-icc-case-request-from-within-court-could-be-the-deciding-one-1.8534698