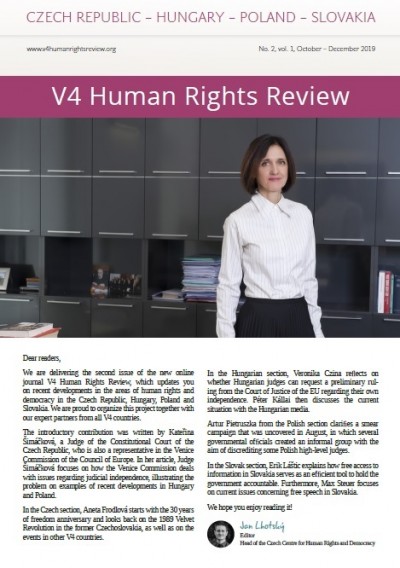 You can download the autumn V4 Human Rights Review here.

Arthur Pietruszka from the Polish section clarifies a smear campaign that was uncovered in August, in which several governmental officials created an informal group with the aim of discrediting some Polish high-level judges.